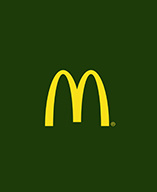 McDonald’s is a first fast food restaurant chain in the world. The company operaated more than 250 000 restaurants in more than 100 countries, employing about 1.9 million people.

The company is headquatered in Oak Brook, Illinois.

Every day, 70 million customers are served in Mcdonald’s restaurants. In 2013, the company reached annual revenue of 28 106 million USD. The revenue comes from real estate investments, restaurant franchise, and direct sales. Mc Donalds restaurants are operated by either the corporation itself, an affiliate, or a franchisee.

The management of the company developed a new strategy to cope with declining sales. The company began to produce special products, tailored to the tastes of customers in different regions, and also implemented the product customization platform. This technique is now a part of the brand history. Since then, McDonalnd’s developed and brought to the market numerous new products, such as the Filet-O-Fish in 1963 and McBreakfast in 1996.

The company was founded in 1937 by two brothers, Maurice and Richard McDonald. The first restaurant was open the same year in California. Menu included pizza, grilled pork and the most popular : hamburger. The secret of success was from the very beginning were the speed and the price. Since then, hamburger has been the main product of the company.

In 1950ies, McDonalnds opened a franchise. Expansion of the group began with cooperation with Ray Croc, a milk shake company. Actually, the official founding year of McDonalds restaurant is 1955, when Mc Donald brothers and Ray Kroc opened a restaurant in suburbs of Chicago, Illinois.

Then, the restaurants opened in Sweden in october 1973, and later on in the UK. UK restaurant was the 3000th restaurant of the company. Then other European countries saw the installation of the brand, such as France, in 1979, in Strasbourg. First franchise was opened in Créteil in 1972, but following a dispute with the brand, its owner had to change the name of the brand in 1982.

Officially founded in 1955, McDonald’s Corporation is now the largest fast food restaurant chain in the world, employing more than 1.9 million people in more than 100 countries. 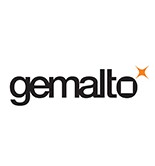