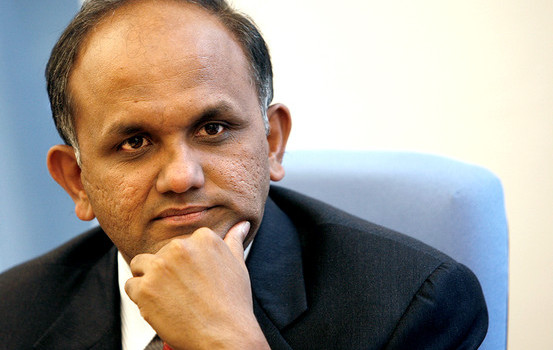 Shantanu Narayen was born in 1963 in India. After passing his Bachelors’ Degree in India, he obtained a Masters’ Degree in business management at Berkeley University, as well as a Master in information technology at Bowling Green State University, Ohio.

The future CEO of Adobe Systems was raised in India, in the city of Hyderabad. His mother was an American literature teacher and his father was the director of a plastic manufacturing factory. Shantanu Narayen started his studies in India and he passed his Bachelors’ Degree in electronic engineering at Osmania University. Then he went to the United States and started studying at Berkeley University, in California, where he obtained a Masters’ Degree in business management. Then he went to study at Bowling Green State University, where he obtained his Masters’ Degree in information technology and where he met his future wife. He started his career at Apple as a manager, before he started working at Silicon Graphics as a director. Then he created the company Pictra, a website meant for sharing pictures online. In 1998, Shantanu Narayen was hired by Adobe Systems as the vice-president in charge of the technology department of the group. Promoted in 1999 to the position of international manager of products, two years later he was appointed vice-president general, in charge, among other things, of international development and marketing. In December 2007, he was appointed CEO of the group.

During those years, he took part in the development of the company, among other things regarding its many acquisitions. Indeed, in 2005, Shantanu Narayen was in charge of the acquisition of Macromedia for an amount of 3.4 billion dollars, which put Adobe Systems even farther ahead on the market of multimedia publishing. Four years later, Omniture was at the centre of discussions. The marketing study company is a means for Adobe to offer its customers some measuring and optimisation tools of its contents online. That acquisition was a key point in the strategic move of the company, and Shantanu Narayen had a key role in it.

Among other job functions, Shantanu Narayen is a member of the board of directors of Dell, Pfizer, and the Haas School of Business of Berkeley University, California. Since 2011, he has also been an advisor to the president of the United States, Barack Obama. The latter expressed his deep gratitude to the important people, including Shantanu Narayen, for having offered their competencies to the American nation. The purpose of this advisory role is to bring more efficiency to the American government.