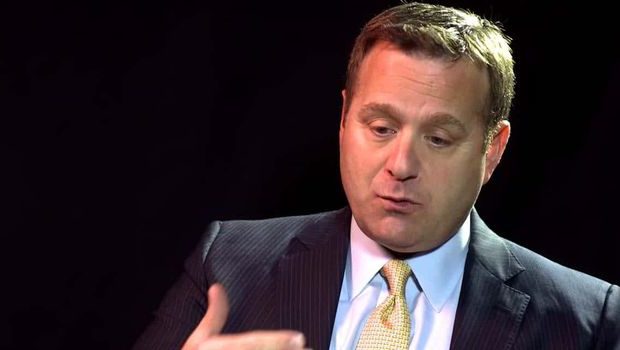 Aged 56, Joseph DePinto has been CEO & President of 7 Eleven since 2005. 7-Eleven is a global convenience store chain with its headquarters in Dallas, Texas. He was previously VP (Operations) of 7 Eleven from 2002-2005. He is a native of Chicago, Illinois.

Mr. De Pinto has a BS degree in Engineering Management from West Point Military Academy (1986) and an MBA from Kellogg School of Management at Northwestern University (1999).

After graduating from the United States Military Academy at West Point in 1986 – where he also played for the ice hockey team – De Pinto went on to serve as an officer in the artillery branch of the US Army.
His entry into the corporate world began with several executive positions at PepsiCo.
He has also served as Senior Vice President and Chief Operating Officer at Thornton Quick Cafe & Market and as President of GameStop Corp. from March to December of 2005 before taking up the CEO post at 7 Eleven.
Since November 2013, he has been Chairman of Brinker International, Inc.
De Pinto also serves as a Director of The Greater Dallas Chamber and Business Executives for National Security, Inc.
He served as an Independent Director of Officemax Incorporated between 2006 and 2013.
Mr. DePinto is also a Director of The Retail Industry Leaders Association (RILA), a position he has held since June 2011. In addition, he holds the title of Director of Seven & i Holdings Co., Ltd.
De Pinto is a Member of the Young Presidents Organization West Texas Chapter and a Champion for the Network of Executive Women. He is also a Member of the Advisory Councils of The Outlook Leadership Network and the Japan-America Society of Dallas/Fort Worth.
Since December 2017, Mr. DePinto has been a Civilian Aide to the Secretary of the Army (CASA) representing Texas (North).

In 2010, De Pinto appeared on the first series of the hit CBS show, ‘Undercover Boss’. Appearing as Danny Rossi, he worked in the corporate bakery and also helped deliver orders in North Texas. During the show, he met 7-Eleven delivery driver, Igor Finkler, a Kazakh immigrant who arrived in the US with $50 in his pocket. Finkler so impressed de Pinto with his dedication, attitude, and work ethic that de Pinto and the company awarded him his own franchise store in north Texas with no franchise fee charged, a saving of some $140,000.