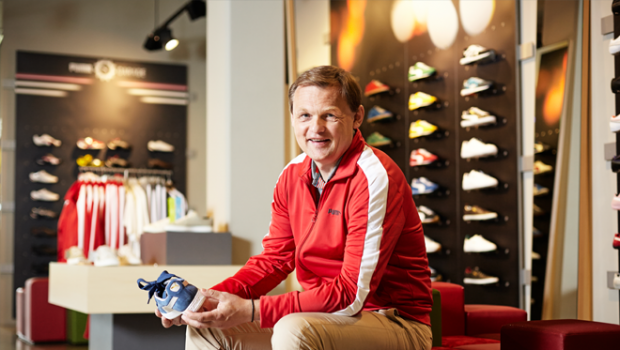 Bjoern Gulden holds an MBA from the Babson Graduate School of Business (Boston, USA) and a Bachelor degree in Business and Administration from the University of Rogaland (Stavanger, Norway).

After graduation, Bjoern Gulden became a professional football player for the 1FC Nürnberg in the German National League (Bundesliga). However, his administrative career path began in Norway, where he was working as finance and marketing consultant for different enterprises, among others, for Helly Hansen and Adidas. At Adidas, Gulden held a position of the Senior Vice President of Apparel and Accessories.

In 2000, Bjoern Gulden became the CEO of Deichmann, the largest footwear company in Europe. Parallelly, he was serving as the CEO and Chairman of the US subsidiaries Off Broadway Shoes and Rack Room Shoes.

In 2011, Bjoern left Deichmann to join Pandora, the jewelry company. He served as the CEO of the company until 2013.

Since 1st July 2013, Bjoern Gulden holds a position of CEO at Puma.

Björn Gulden speaks fluently three languages: Norwegian, German and English. He is married and has three children. He is also a passionate sport player.