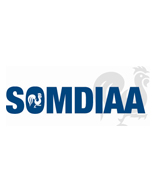 The company employs 18,875 people, temporary and seasonal workers including.

Established in 1970 by Jean-Louis VILGRAIN, SOMDIAA traces its historical roots back to 1947. At that time, the Vilgrain family bought a 12,000-hectare economic land concession in Congo and created a cane sugar estate, a flourmill and a peanut oil processing plant. Following on from this success, various flourmills and sugar estates were soon established by the family in Gabon, Cameroon and Burkina Faso.

Thanks to its grand expertise gained over the years, the new company entered into partnerships with private investors and several agro-industrial projects in Africa.

In 1995, Alexandre Vilgrain took over his father Jean-Louis Vilgrain as CEO of SOMDIAA. Commercial activities were by then focused on market supply in Cameroon, Republic of Chad, Gabon and Congo.

In January 2011, the family sold 45% of its ownership to the Castel Group. The additional capital and shared industrial expertise enabled SOMDIAA to expand its production facilities and to become a dominant business supplying confectioners, pastry and biscuit makers, industrial bakers and brewers in the African and Indian Ocean economic regional zones where SOMDIAA operates. 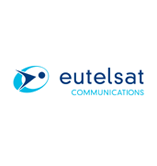