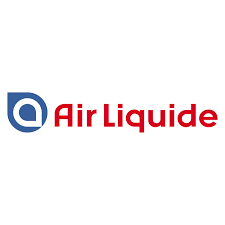 Air Liquide supplies gases for the large industry and healthcare sectors. The company is involved with gas production and services, engineering and construction, global markets and technology, and other activities such as welding and diving.

Air Liquide was created in 1902 by Georges Claude and Paul Delorme. Claude was the inventor of an industrial process for the production of oxygen from liquid air, and Delorme was an entrepreneur. At the time long-distance gas transport was nearly impossible and local production was required, so Air Liquide built multiple production centers in Europe, Japan, Canada, and even the United States. By 1913 the company was listed on the Paris Stock Exchange, where it remains to this day.

In 1952 cryogenic tanks were invented, which revolutionized gas storage, allowing for vast quantities to be transported up to 250km away from the production site, making it much easier for Air Liquide to distribute their products. In 1960 the company adopted a pipeline network strategy that linked multiple gas production units to one another. This happened at the same time as soaring demand from large industries – oxygen for steel and nitrogen for chemicals. At the same time Air Liquide benefited from the rapidly growing space industry. Oxygen, hydrogen, helium and nitrogen were essential for rocket fuel, and the company also helped with the design and production of cryogenic tanks used in the construction of the launch vehicles.

From 1986 onwards, Air Liquide would expand greatly and acquire numerous subsidiaries. In 1986 they acquired Big Three, a Large Industries business on the Gulf Coast, expanded into China and bought part of the Messer Griesheim company, and also launched a Home Healthcare business for medical gases.

Air Liquide announced new climate objectives in 2018, committing to reduce its carbon use by 30% before 2025. It highlighted a global approach that included assets, customers, and ecosystems. This makes the company’s objectives the most ambitious in the sector, in line with the NEOS company program. Along with this, the company’s global markets and technology business is stepping up sales into markets related to energy transition. This is driven by the biomethane sector and by hydrogen energy production, with the commissioning of new hydrogen charging stations for mobility solutions.

Headquartered in Paris, Air Liquide is a world leader in gases, technologies and services for both industry and healthcare. The company has a presence in 78 countries and serves more than 3.8 million customers and patients across the world. 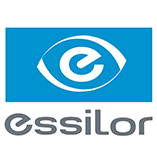